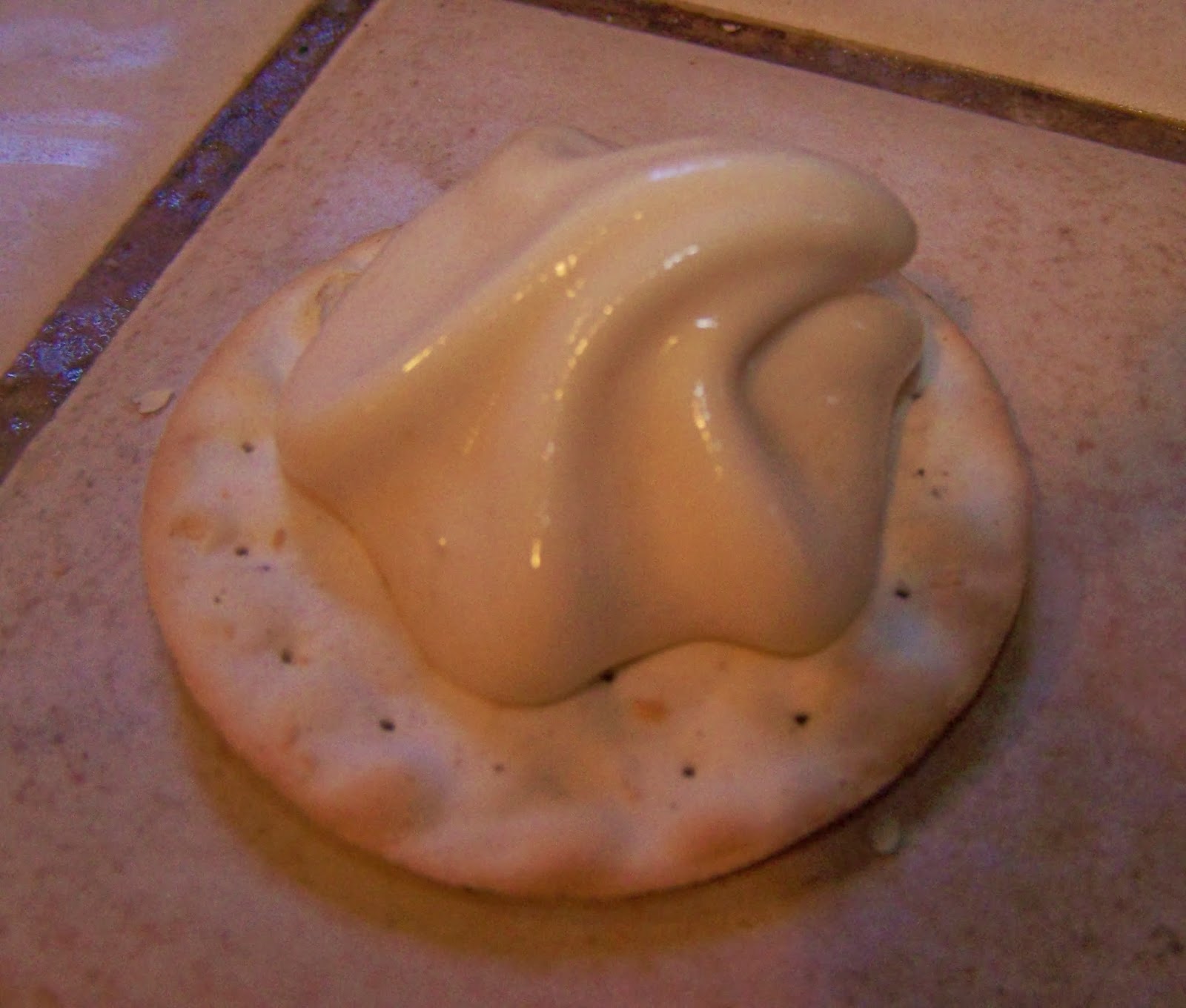 You may rightfully ask what could possess me to assay squirty cheese (aka easy cheese) at home, when the whole point is obviously convenience. I think it was the challenge. The Gods willed me to do it: a bag of sodium citrate arrived in the mail and I found a whipped cream dispenser replete with gas cartridges - I have no idea where it came from!

Here's how to. Heat a bottle of beer in a pot - a light beer, not too hoppy or it will overwhelm the cheese. Add a scant tablespoon of sodium citrate, a teaspoon of mustard powder, a teaspoon of raw sugar and 1/2 pound of finely grated cheese. I used good aged gouda. (That's why you should make it at home!) Let it melt, stirring all the time until smooth. Then pour this into two 8 ounce jars and keep shaking to keep emulsified. Chill in a bowl of ice water.

Then put one jarful into a whipped cream machine, and chill thoroughly. Keep testing until the cheese mixture is just the right consistency. Gently depress the nozzle on the canister or you will have cheese sprayed all over the kitchen, as I did. Eventually it will be just right, and squirty. I think a light white wine would probably work even better than beer. A touch of kirschwasser too. OK, next time it's Gruyere!
Posted by Ken Albala at 12:02 PM

I am loving the idea of fondue flavored squirty cheese. brilliant idea.

I'll have to do fondue next. Even without the gas canister, I'm thinking of all the smooth sauces that could be made from really good cheese. Even nachos made with a great aged cheddar.

Hi Ken - I wanted to tell you we just finished your Great Courses course with my 12 y.o. It is homeschool history - a great follow up to Bentley and Ziegler's Traditions and Encounters world history last year. Next up, finishing the 'labs.' (We did a 12 course Service à la Russe for St. Nicholas Day.) We're having a great time with it. Thanks!

Thanks SO much Anna. You made my day!! Ken

As a person from Philly, I have a certain penchant for the way Cheese Whiz always went on Steak Sandwiches, so I see this as a way one could upscale the whole dish (were one so inclined) .