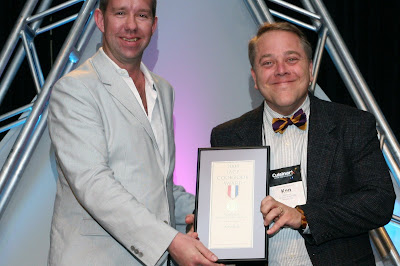 This morning's breakfast prompted a deep philosophical question. It is partly derived from my frustration when someone in my family, perfectly happy to eat a certain food one day, suddenly says a week later: I don't like that. "But you did last week." "Well now I don't like it anymore." And I'm not only talking about my children here.


I think in this case it may be erratic wilfulness and control issues. But in all seriousness, do people's tastes make such dramatic reversals? Even in the long term? I know, for example, that my taste buds have certainly dulled to some extent over the years. I like my tea much stronger now. There are spirits I drink neat that make most people whince. And I seem to like things that are unbearably salty to others. This is all to be expected. But I mean just a complete about face. Some food or dish you liked and don't anymore.


How and why could this happen is what I'm wondering. Barring traumatic experience, or association, how can taste possibly change? I see how ideas can change influencing taste. Would eat meat in the past, but now as an ethical vegetarian, I wont eat meat, and it is no longer appealing. But how about with no such ideological underpinning? How does this happen? Physiologically?


You're wondering what this has to do with my breakfast? In an act of desperation and with practically nothing in the house (when I'm away my the shopping really doesn't get done, and I'm made to feel guilty for wanting to buy fresh food rather than rummage - though rummage I did) I rediscovered a breakfast dish I used to eat over a decade ago. I must have thought of it, but maybe winced at the idea, as some absurd error of my untoward youth. A gastronomic puerilism, perverse in proportion and inspiration.

Now I say, ah no. This was a flash of insight I could only had before any rules were ingrained in my head. It sounds really disgusting, even to me now, but I assure you it is magnificent. I have two bites left. Tastes, do not change, apparently.

Now that they're gone, I'll give you the recipe.

Heat a flour burrito over an open flame on both sides until a little scorched. Cook two beaten eggs and a pinch of salt in a pan with butter, not scrambling, but just let cook slowly into a flat omelette. Make sure it isn't stuck to the pan. On top add some tuna (Bumblebee solid in water, drained) moistened with a generous dollop of mayo. Flatten it out. Then sprinkle generously with a commercial curry powder. (You really can't use a good freshly ground garam masala.) Then add a seeded chopped tomato to the top. And a grind of pepper. Put the burrito on top. Let gently heat through. Turn over carefully onto a board, roll up and slice in half.

Trust me, this is REALLY good. What was I thinking to doubt it?
Posted by Ken Albala at 6:37 AM 8 comments:

How To Induce Erratic Dreams

I would have thought absinthe was the ideal dream-inducing beverage; the green fairy leading us by the hand to never-never land. But no, my experience last night proves otherwise. The drink is kaoliang spirits, distilled from sorghum. The one I bought comes from Taiwan and comes in a brown crock, and is named Yushan after the Jade Mountain, the highest peak on the island. Is that poetic enough? It has a bouquet that reminded me of melons and jasmine. It's definitely floral, and has a serious kick. Why people don't use it in cocktails, I can't say. It would make a great Margarita.

One is supposed to drink it in the tiny ceramic cups which come with the bottle, but I chose a slightly larger shot-sized clay cup of my own. So here's what you do:

Bring the kaoliang to bed with you. Be sure not to have had much sleep the night before. Stay out a little later than you should, and perhaps this is key, eat rather more than what you would ordinarily, especially meat. I had lamb. And a spinach salad.

Then put something completely bizarre and frightening on TV. This will set the tone for your dreams. I saw watching Barbara Walters interview 100 year old people, along with scientists who claim to have discovered miracle longevity drugs. Who wants to live 100 years, I ask? Just be careful not to watch a horror flick, or I will not be held responsible for the consequences. Now while all this is going on, be sure to spend some time worrying about something else too. I was thinking about teaching my Tudor/Stuart England class the next day. This should show up in your dream.

Now twist yourself in a fairly uncomfortable position, and be sure that the person sleeping next to you pulls the blankets off you in regular five minute intervals. If you ever really fall into a sound sleep, you'll never remember the dream. Cats on your head will work too.

This is the dream I had: it was a conference, attended by all the oldest British historians, Joan Thirsk was there, a few people I studied with in grad school like David Underdown, and then a bevy of people whom are certainly dead like E.P. Thompson, Tawney, Conrad Russell. Some hobbled on canes, others in wheel chairs. All were gaunt, grey and drawn out with protruding bones.

The conference was about to begin, and they were all beckoned to descend a broad staircase covered in red carpet. Half of them were making their way down, when one thin Lawrence Stone perhaps began to put an uncertain step forward. Like Dick van Dyck as the old banker in Mary Poppins. And of course he falls, and tumbles headlong into the other 100 year old historians, and they all literally fall to pieces. There are arms scattered this way and that, an errant head, people stuck in each others' rib cages, bits of tattered gray hair flying through the air, utter mayhem. And classic old man British expletives. Sod You! Bloody hell!

I woke up laughing so hard that it hurt. I was literally hysterical. At about 1:30 in the morning.

I swear it was all the kaoliang. I dare someone else to try this.
Posted by Ken Albala at 1:58 PM 4 comments: