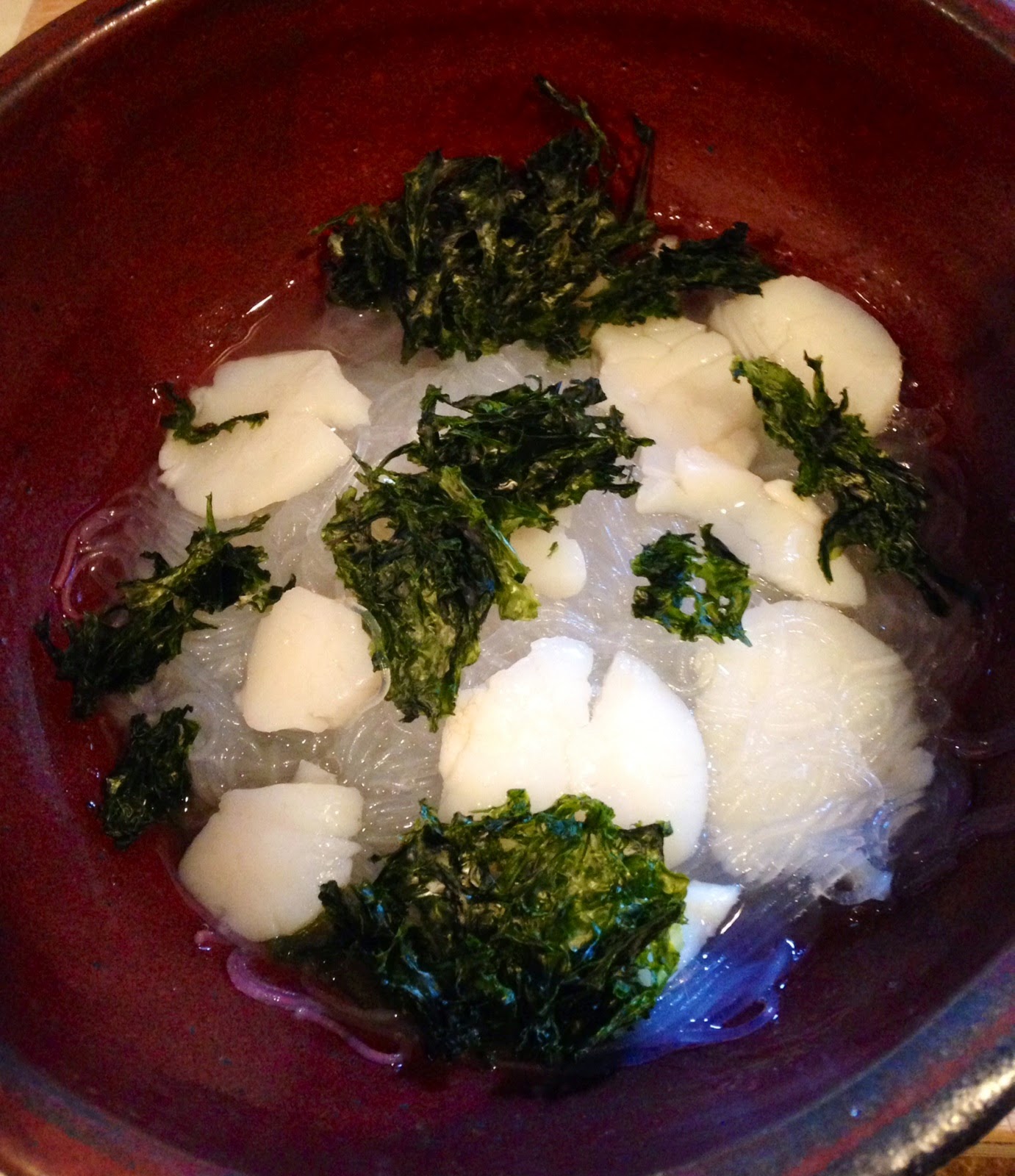 After a week of eating too much, there is something so satisfying about simplicity. But before I explain what this is, you must indulge me in a small boast. At the CIA's World's of Flavor Conference in Napa, they prepared one of my noodle soups for 700 people (Pho Stock and Tapioca noodles with carrots, tomato, lime, sriracha) and Martin Yan was tasting it. I asked what's the verdict? And he said really good chewy homemade noodles. I then told him it was my recipe!

Ok, so these are scallops thinly sliced and marinated in white soy, chardonnay and some potato starch. The soup is a very light dashi stock. The noodles are the thinnest possible rice noodles. Then some seaweed some nice Japanese people gave me at the conference. Really balanced flavors. Anything stronger would have overshadowed the scallops. A keeper recipe.
Posted by Ken Albala at 12:37 PM 1 comment: 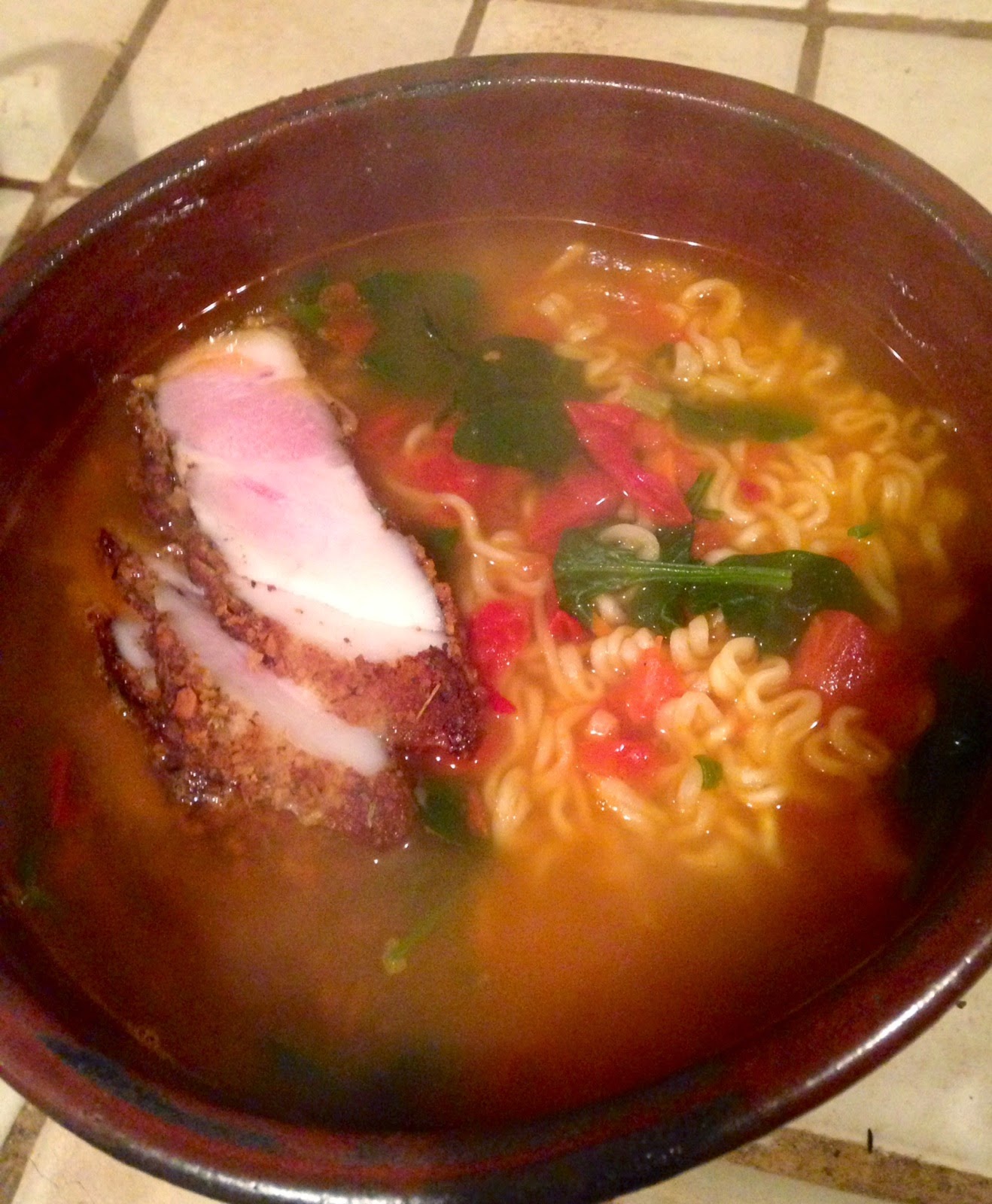 I have found that there are two completely distinct ways of adding meat to a bowl of noodle soup, both equally enticing. Not that these are the only way you can do it, of course. Meat can be fried and added, braised, long cooked right in the soup. These two methods are for adding it at the last minute.

What you see here is a pork shoulder chop that was seasoned, dipped in egg, then coarse dry bread crumbs, fried in olive oil and butter, then let cool. The crumbs keep all the moisture in the meat, and as you can see I like it a little rare. The next day four thin sliced were made and it was just placed in the very hot soup to heat through. It tastes so much better in the soup than on its own. The technique is more or less Japanese, and the way it's served. The point is that the pork is still really succulent and tender.

But you can also take the exact same cut of meat, slice it thin raw, season with soy sauce, ginger, maybe some sesame oil let it marinate with a generous teaspoon of rice starch, or some other kind of starch. The prep is exactly as you would do for a stir fry. But instead, just lower the slices into the pot of soup and simmer for a couple of minutes. The starch keeps all the moisture inside the meat. It would just seep out into the broth otherwise. This technique is derived (again more or less) from Chinese cuisine.

I'm not sure which I like better, but both are infinitely more interesting than just boiling meat in soup, which if a delicate cut, just ruins it. By the way, the same can be done with chicken breast or very lean beef. Try one of these techniques the next time you do regular chicken soup, for example.
Posted by Ken Albala at 10:14 AM 2 comments: 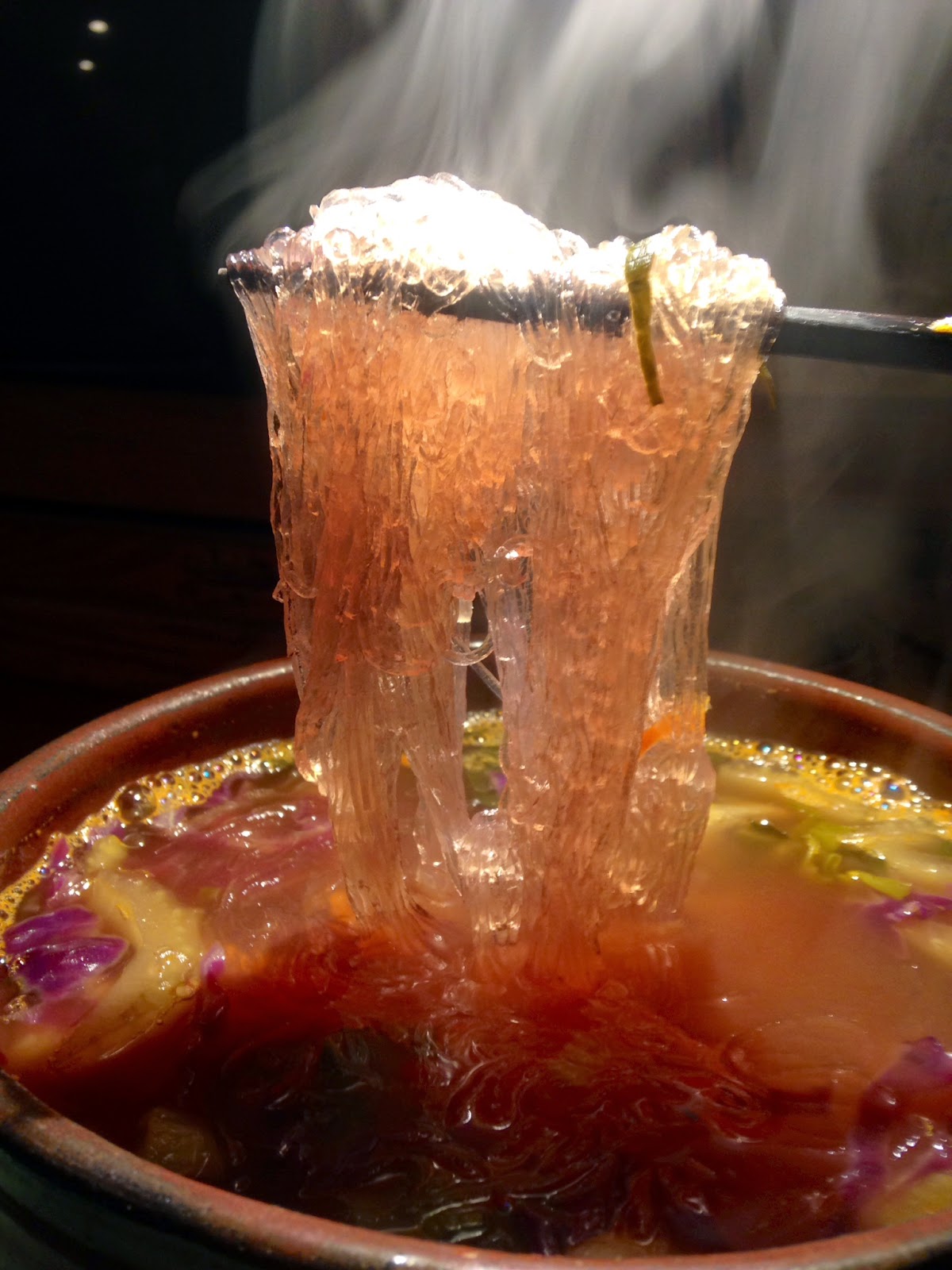 Rather interesting that the same mung beans shown below, when added to a soup base with red cabbage, took on this spooky pink color. Jut think of the possibilities of coloring noodles this way. I wonder if you could get saffron yellow noodles, or red just by cooking in beet juice. I must have read somewhere that people have been trying this, but this one was an accident.
Posted by Ken Albala at 1:39 PM 1 comment: