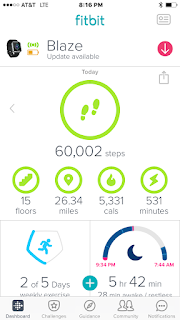 On Labor Day I realized that it has been 500 days since I started walking with wine. I'm still not certain why I started doing this or recording it with a fitbit. Is there such a thing as a later life crisis? I'm not sure why but working isn't much fun anymore. The classroom still is, and writing when I get to do it. But it seems I spend more and more time on nonsense,  moving things from one place to another, rearranging, repeating things I did ages ago. Walking is definitely more rewarding.

This is my personal record, marathon in distance. That's 26.219 miles. Took me over 9 hours, with a break for a salad toward the end. It was also blazing hot in the afternoon. I went through a big can of fizzy wine in the last hour or so, which was enough. Most of it was pretty grim in terms of landscape, up Pacific Avenue from its southern extremity to its tip, then up beyond Hammer Lane, up Lower Sac then across various creeks and sloughs toward Davis, Thornton, under I-5 and up to the mall on Eight Mile Road. A hard seltzer from World Market was very nice. And of course I filled my water bottle several times along the way. Only one point, at the very tip of the city at the end of El Dorado seemed bucolic. Otherwise a thoroughly urban walk in Stockton, CA. Not nearly as nice as the one a few days before downtown and to the Rural Cemetery. But sometimes you just need to walk. In no particular direction. For reasons that are totally elusive.