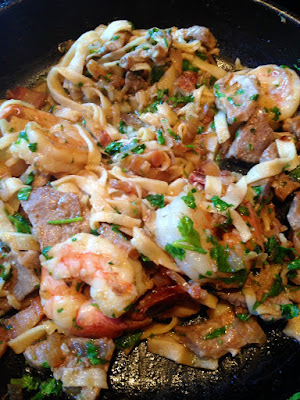 I have been playing around with adding pork to noodle dough lately, to make something like the Yan Pi wrapper or "swallow skin". Ham dehydrated and ground worked well. This one was equally intriguing: pork rinds finely ground, added to flour, rolled out and cut. This one was made with wheat flour which worked better than tapioca or sweet potato flour. I'm not sure exactly what it should be like, I've never actually tasted them.

Usually they're used as dumpling wrappers, but apparently can be cut into noodles as well. I'll try finely ground cooked pork next.

The piggy flavor went so nicely with shrimp, pork shoulder and cilantro. Fish sauce too. I actually started by sweating shallots in guianciale, which I know makes little sense, but it tasted right. I think if you didn't tell anyone what it was, it would pass as a Pad Thai. I gave my younger son a noodle to taste and he thought it was good, until I told him it was a pig skin noodle!
Posted by Ken Albala at 9:45 AM 3 comments: 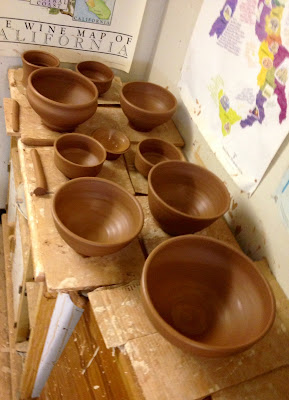 yes this is a real noodle soup in a real pewter paten. I think the smallest that is humanly possible. I needed a magnifier to cut and assemble it all. It's a minestrone by the way! 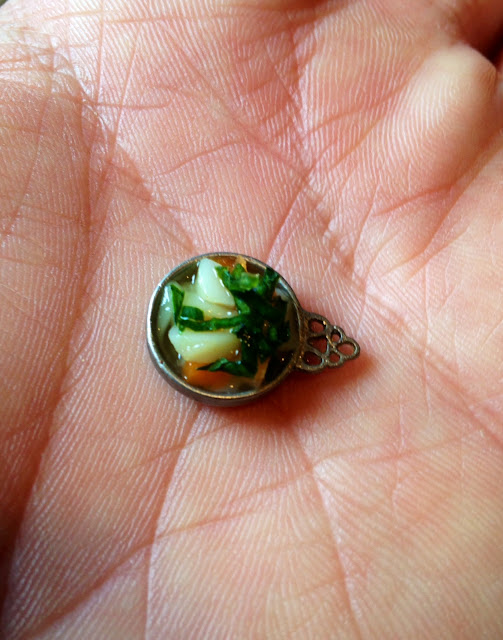