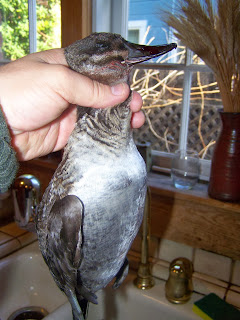 The strangest thing happened this morning. I was walking the dogs and my next door neighbor, who I don't know much at all, said, hey want a duck? He had just shot a brace and gave me one. A ruddy duck, so it seems. A diver. He didn't know much about how to clean or cook them. And I just happened to have Hank Shaw's new book Duck Duck Goose on my desk. So I lent it to him. And then wrote to Hank to confirm how it might be cooked. His advice was basically "roll the dice." So I did.

Let me also hasten to add, I have plucked and gutted ducks before. But this girl was so small and soft. Softer than Maxie, who was the softest cat on earth. So it was disconcerting, more so than usual. It took SO long. And then of course I had to share the liver and giblets with the beasts.So I opted to pan roast in duck fat that I had on hand. And then deglaze with zin. I wanted to use port, but this was just sweet enough. Not much else. Salt and Pepper. 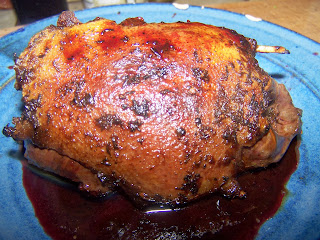 She was so sweet and succulent, the flesh as dark as beef. And literally four bites and then a few little nibbles around the legs and the rest. She was so tiny.

And what they say, good things come in small packages, is quite true.
Posted by Ken Albala at 7:55 PM 4 comments: 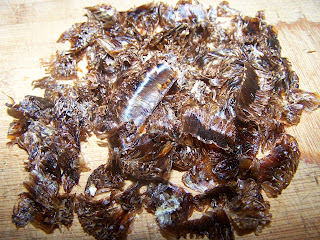 This is exactly that: Lemon Jerky. Not slices of lemon dehydrated, which have their own charms. It's six Meyer lemons from my tree picked last year and just left on the shelf, in a warm dry place. Clearly oxidized. Then the peels, hard as shells, and seeds are removed, as well as the membranes. It's not dry, but rather feathery chewy wisps, extremely sour. With a flavor rather more complex than lemon. I'm thinking of cooking it with chicken. Moroccan spices maybe too. Well, who knows?
Posted by Ken Albala at 3:10 PM 2 comments: 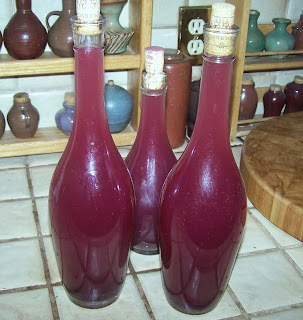 Once you have made wine or eau de vie, and after you have pressed out your must, you'll have a lot of skins and seeds. Just add some water and the yeast and remaining sugars will get the whole thing started again. After about two weeks you'll have this interesting slightly sour, lightly alcoholic, grape-flavored drink. If you cap it will even get a little fizzy. Think something between wine, soda and vinegar. It's really fetching. and might even become a little more clear after a few weeks. But it's really pleasant cold. As it is now!!

In Italy this is called aquarello. And it's what you use to make grappa. If this is about 5% alcohol, I think you would get maybe a few cups of white alcohol. But I think the traditional way to drink it is best. After a long time outside in the cold, when you're hot and sweaty and thirsty in December.
Posted by Ken Albala at 4:50 PM 4 comments: 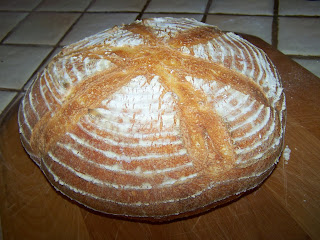 I have not had a starter around for a few months after the summer heat and broken air conditioner, and probably chlorine in the water killed my last one. Let alone a lot of trips. His name is Utnapishtim, only because I was reading a Western Civ paper on Gilgamesh today. It took about two weeks on the counter top, fairly cold in the kitchen. Just flour and water, fed every day. And this dough was raised in about 12 hours which is perfect. Nicely done guys. The bacteria and yeast that is. Cant wait to taste it in the morning.
Posted by Ken Albala at 10:27 PM 11 comments: