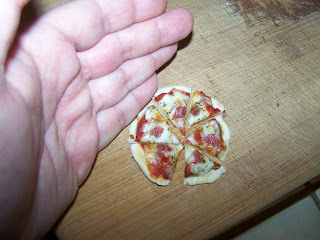 Starters are much like people. For no apparent reason they are ornery, they don't do what you ask, and sometimes you frankly want to kill them. The starters, that is. And I have killed them. All the more suprising when people write to tell me they have offspring from Durga, the first wild sourdough I ever made and shared. Seriously, her offspring are thriving as far away as Maine. I have gone through many starters in the past few years. And the latest young one was just being completely uncoorperative. One dough liquefied and was poured in the trash. Another was not cooked in the middle when I brought it to a party. Epic fail, as my kids say. The last one didn't rise well, but I baked it anyway and ate it this week. Dense, but bread. And then suddenly she is right as rain. Huge, poufy and magnificently risen. Maybe it was the rain. Maybe it was the new location on the shelf by the window rather than near the sink. I don't know why but suddenly she made a bread of such astounding beauty that I am truly flabbergasted. Just came out of the oven and still hot. The bread looks like most that I usually make, so instead I decided to show you this. The smallest pizza on earth. It is a real pizza. A bit of dough stuck in the bowl, good sauce, homemade mozzarella, salami (really) and some herbs. It was made exactly as a pizza should be. Delicious too. Benji and I split it.
Posted by Ken Albala at 7:55 PM

Amazingly enough, all the ingredients scaled down, it still tasted exactly like pizza. Wouldn't this be a fun thing to serve at a party? OH, Thanksgiving!

Cute. Like Erica said. The vagaries of bread dough are too many to mention.

Once I threw a batch of dough in the bin - it'd been a whole day and it hadn't risen. If it had worked out, it would have been one of my best loaves ever - full of rye flour, tempered with bread flour and a full batch of whey and some 'failed' cheese mixture that never became curds.

I went to bed.

And woke up to perfectly risen dough.

AWESOME! People always want recipe...... I just tell them, it is so simple! Thanks so much for the cute easy appetizers!