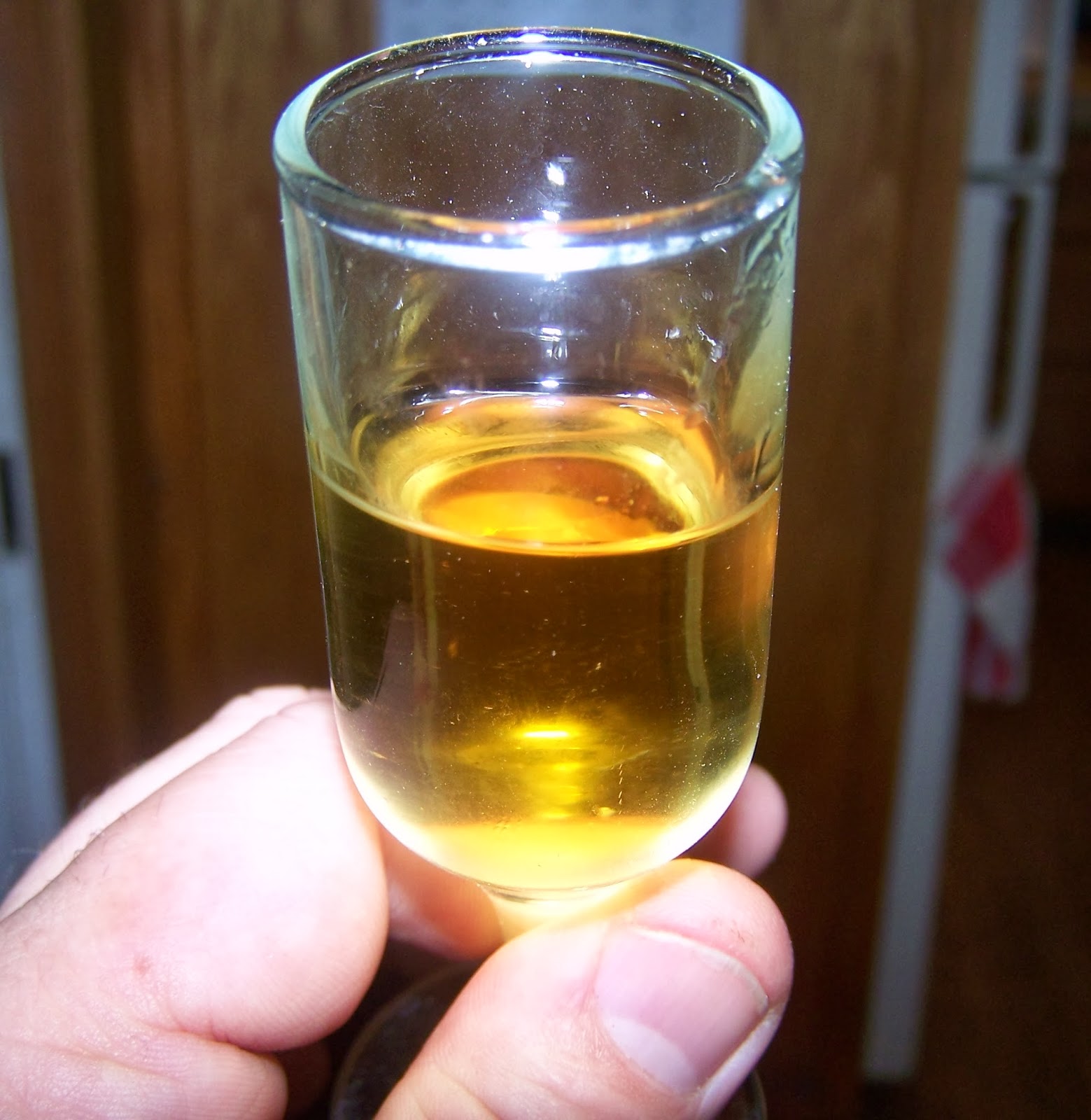 I think this is pretty much ready. Three months or so does sound far too quick, but given the small 3 liter barrel and large surface area contact, I think this might be enough. I also think it strikes a nice balance between fruit, which is still discernible (it was a zin) and alcohol (which has tamed down a bit, though I'm not sure why) and an intense butterscotch and caramel nose from the oak. I think any longer and the latter would completely overpower everything else and become cloying. Also a touch of vanillin sweetness. Very nice.

So let's say here she is. Brandy. Made entirely by hand in the 6 foot radius of my kitchen. Grapes courtesy of Elke and Kieran since mine were all eaten by a big fat rat this season. Really.
Posted by Ken Albala at 8:17 AM

How dark was your oak char?

I am dying to try this. I just need to find someone with lots of grapes... I would love to get a madeira barrel for the aging and see what happens... cross pollination, as 'twere.

Love it. I have no idea what the char might have been. The barrel only has a little bung, I can't see inside.

So, would the next (il)logical step be learning to make your own barrel?